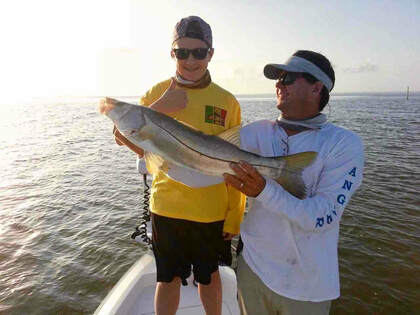 ​Captain Chris is a Florida native and comes from a commercial and charter fishing family so you can say that saltwater runs through his veins. He started out working on his uncles’ commercial boat as young as age 12 mostly bottom fishing for grouper, snapper and mackerel in the Florida Panhandle. From there his family moved to South Florida where he had the opportunity to spend a few summers on the busy head boats out of Fort Myers. After gaining a stellar reputation as a hardworking and witty deckhand on the head boats Chris was hired on as a deckhand to work on sport fishing boats out of the high-end Ocean Reef Club in Key Largo, Florida. This is where his talents really started to shine as he worked his way up the ranks to become the captain of his own boat and crew while honing his skills on the offshore waters of Key Largo. Captain Chris quickly became one of the top sailfish captains out of the Ocean Reef club by not only consistently catching fish but also by breaking multiple sailfish records around the club and also winning the Ocean Reef Cup Sailfish tournament on multiple occasions. Speaking of tournament fishing – this has been Chris’s primary occupation for the past 15 years and he is well known from Stuart to Key West as one of the best. Outside of fishing the sailfish tournament circuit Chris’s other passion is chasing big snook and tarpon on light tackle in and around the backwaters. As a young boy he even held the Florida All Class record for largest snook taken to date (see story below). Over the years Chris has chased snook and tarpon down the Florida west coast from Tampa to the Keys and back up the east coast to Stuart and after many years of hunting he finally decided to settle down in the Stuart area primarily to take advantage of the awesome snook and tarpon fishing that takes place during the summer months. When it comes to fishing, experience counts! Yes, anyone can catch fish when the fish are chewing the paint off the hooks but an experienced fishing guide can catch fish even when the bite turns slow. 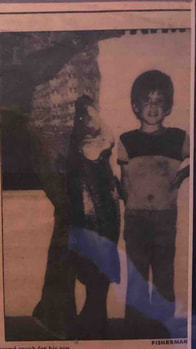 As a young boy Chris was always on the water scoping out new fishing spots and trying to figure out how to catch monster sized fish. As a favorite pastime the Whites’ would head out to the inlets and passes around Fort Myers Beach in search of the big snook that patrolled the beaches. 1980 turned out to be a banner year for giant snook off of Florida’s west coast when the family landed several snook over 35 pounds. The fishing was simple…just walk the beach trailing a bucket of live shrimp and cast the surf until the shrimp ran out. One evening turned out to be something that would stick with a 7 year old Chris for the rest of his life as he felt the hard thump of a big snook. As he fought the fish he knew that it was going to be a whopper but had no idea at the time that it would turn out to be a 42 pound state record! The record stood for several years until it was finally broken by the local bridge tender off of Big Carlos Pass right near where Chris caught his fish. Since then Chris has honed his snook fishing skills and caught hundreds of 30 plus pound snook throughout South Florida.
​
​ 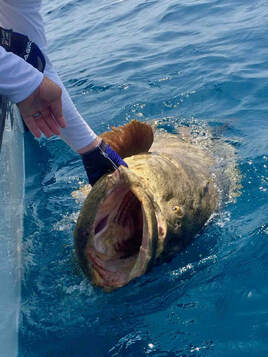 ​As you would expect we only use the highest quality tackle on our fishing charters…who wants to hear the story about “the one that got away”. For spinning equipment, we primarily use 10-20 pound class custom built Crowder rods matched with Diawa reels. And by the way, this is all considered light tackle for the for the fish that we will be after. On the fly we primarily use 7-10 weight Orvis fly rods matched with Orvis reels and matching fly line for the task.  Though we do provide all tackle for your fishing trip feel free to bring your own rods if you prefer. Simply speak with Captain Chris while booking and he will let you know the best class of rods/reels for the days fishing.


To Book your next fishing adventure simply give us a call or shoot us an e-mail through our Contact Page!! 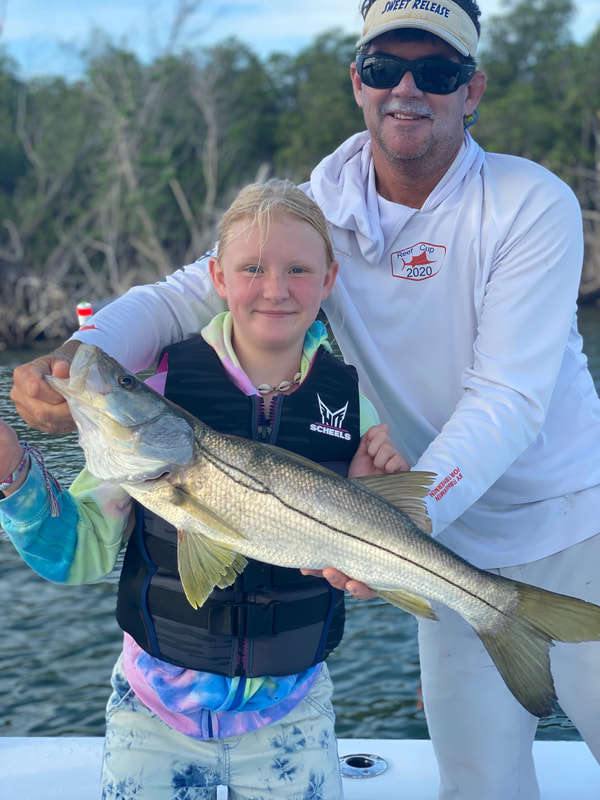 Captain Chris is always excited to get our younger generations out on the water to experience our unique ecosystem.  From manatees, to porpoises and tons of fishing opportunities, there is no lack of excitement for kids and adults alike!
​Ask us about trips to accommodate up to 5 people!  Have more than 5 that want to go?  No problem, we offer split trips to get everyone an opportunity to get on the water.